Thanks to WVU, the telegrams exchanged between generals Ulysses S. Grant and Robert E. Lee prior to the surrender that led to the end of the Civil War can be viewed online.

“I propose to receive the surrender of the Army of Northern Va on the following terms to with Rolls of the all officers and men to be made in duplicate,” Union Gen. Grant telegrammed Confederate Gen. Lee hours before the Appomattox, Va., surrender. 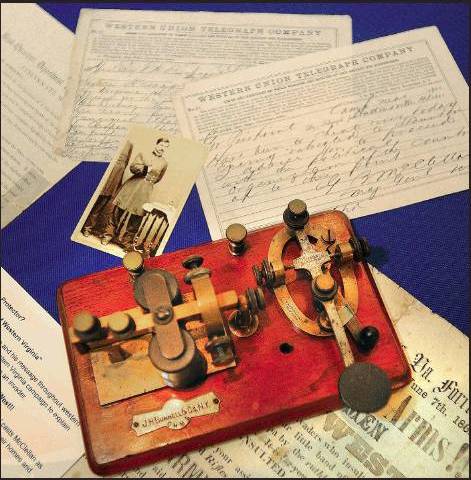 Ron Rittenhouse/The Dominion Post Civil War-era telegrams and a telegraph machine are on display in WVU’s downtown library. The telegrams have been uploaded to a public website.

He continued, “One copy to be given to an officer designated by me the others to be retained by such officer or officers do you may designate — the officers to give their individual paroles not to carry arms against the Govt of the United States until property exchanged and each Co or Regt commander sign a like parole for the men of their commands — The Army’s artillery and public property to be packed and stacked and turned over to the officers appointed by me to receive them — This will not embrace the side arms of the officers nor their private horses or baggage — This done — such officers and men will be allowed — to return to their homes not to be disturbed by United States authority so long as they observe their parole and the laws in force where they may reside.”

In response Lee wrote: “I have read your letter of this date containing the terms of surrender of Army of Northern Virginia as proposed by you — as they are substantially the same as those proposed in your letter of the 8th Inst they are accepted. I will proceed to designate the proper officers to carry the stipulations into effect.”

Soon after the exchange, the surrender occurred. The nation became one again.

Only a few copies of the telegrams were made. WVU is one of the lucky organizations to have them in its possession. The exchange is one of hundreds of Civil War-era telegrams in WVU’s collection that recently were uploaded to a public website.

One of the more stunning exchanges is the one between Grant and Lee, Cuthbert said.

Gov. Francis H. Pierpont received a copy of the exchange, Cuthbert said. Pierpont was the head of the Reorganized Government of Virginia and helped create West Virginia. He received a copy because the surrender happened in neighboring Virginia.

The Pierpont family donated the telegrams to WVU. 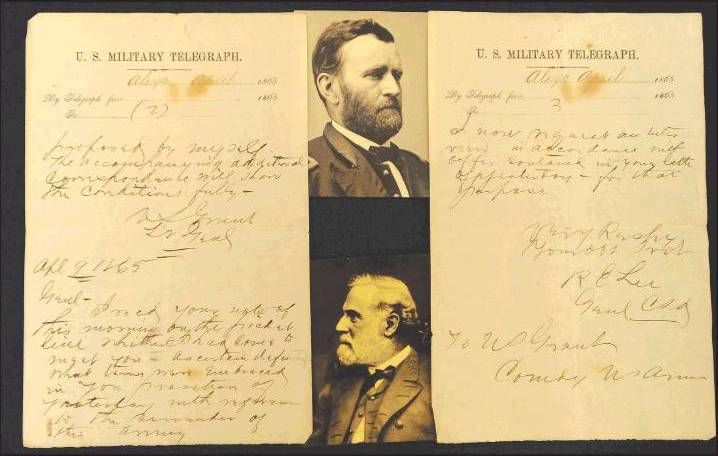 Governors were often contacted during the Civil War because they had the ability to raise an army or provide supplies, Cuthbert said.

The telegrams allow someone to personally experience history, he said.

“If you want to know about your history you don’t have to, and you probably shouldn’t, just rely on what someone wrote recently,” Cuthbert said.

The telegrams were uploaded because in today’s digital age people have grown accustomed to accessing items remotely, Cuthbert said.

He added that when they have the resources to do it, they take advantage.

Aaron Sheehan-Dean, a WVU history professor and adviser to the West Virginia Civil War Sesquicentennial Commission, said it is a nice site and he is excited it is up. He said there are other sites like this but nothing specifically for West Virginia.

The site will be a great resource for students and the public, Sheehan-Dean said.

Some of the more interesting information was from early in the series detailing Pierpont’s handling of succession, Sheehan-Dean said. 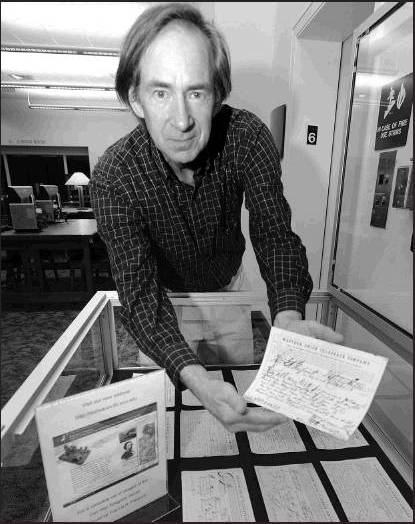 Ron Rittenhouse/The Dominion Post West Virginia and Regional History Collection Curator John Cuthbert holds up one of the Civil War-era telegrams that have been put on a public website.

In the future, Cuthbert said they would like to continue to digitize items.

WVU is in a unique position because the Mountain State doesn’t have much of a state historical society, Cuthbert said.

In the 1920s, a WVU professor began collecting the items. When the library was built, he asked for space to store the documents.

Cuthbert added, “We have an unusually strong regional history collection that would be the envy of institutions across the state.”