The West Virginia and Regional History Center recently acquired research papers regarding Kingsley Spitzer, a B-17 gunner who participated in the strategic bombing of Germany as a member of the 95th Bomb Group, Eighth Air Force.  Compiled by his brother William Spitzer, the papers include information regarding not only Kingsley, who died in a plane accident in Wales on 29 December 1943, but also of his crew mates and others, including service records from World War II and information from living veterans.  There is also material regarding efforts to preserve the history of the unit.

The collection features two striking photographic images, including a portrait of Kingsley posed at his turret gun, and a group portrait of him with his crew mates, as seen below: 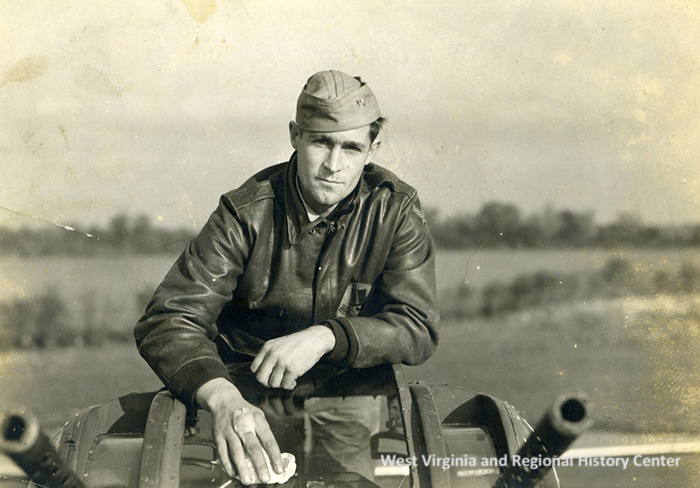 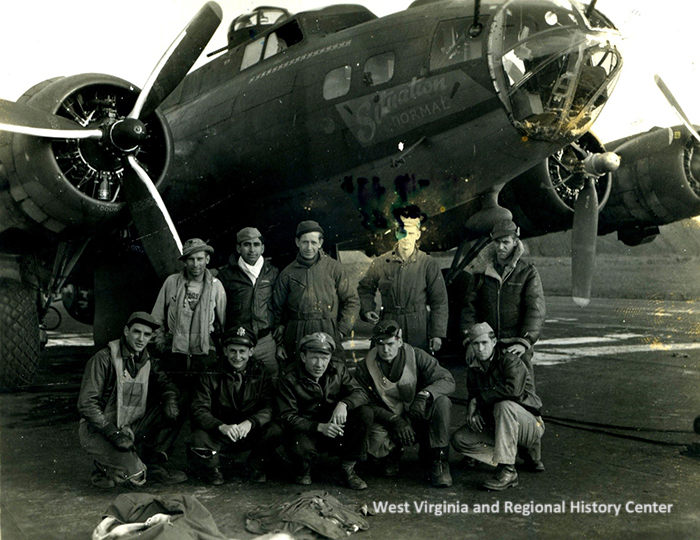 Members of the 334th Squadron of the 95th Bomb Group,
Horham, England, in front of their B-17 aircraft “Situation Normal,” 1943.
(Original photograph from collection A&M 4145,
West Virginia and Regional History Center.)

Kingsley’s crew mate, “Sandy” Sanchez, seen in the back row in the photo above, is a decorated war hero featured in a museum exhibit at the National Museum of the US Air Force.  He served a record 44 missions, 19 beyond the required 25, returned to the U.S. as a gunnery instructor, and yet returned for additional combat duty at his insistence!

According to a news clipping in the collection, Kingsley himself was awarded a Distinguished Flying Cross and an Air Medal with three Oak Leaf Clusters for downing two German fighters during a difficult raid on the city of Munster.  On this mission the bomber formation had been challenged by an unusual number of Luftwaffe fighters.

A listing of Kingsley’s missions can be inferred from an official military record for “waist gunner” and fellow crew member Charles Schrack.  It lists bombing missions that Kingsley Spitzer participated in as well: 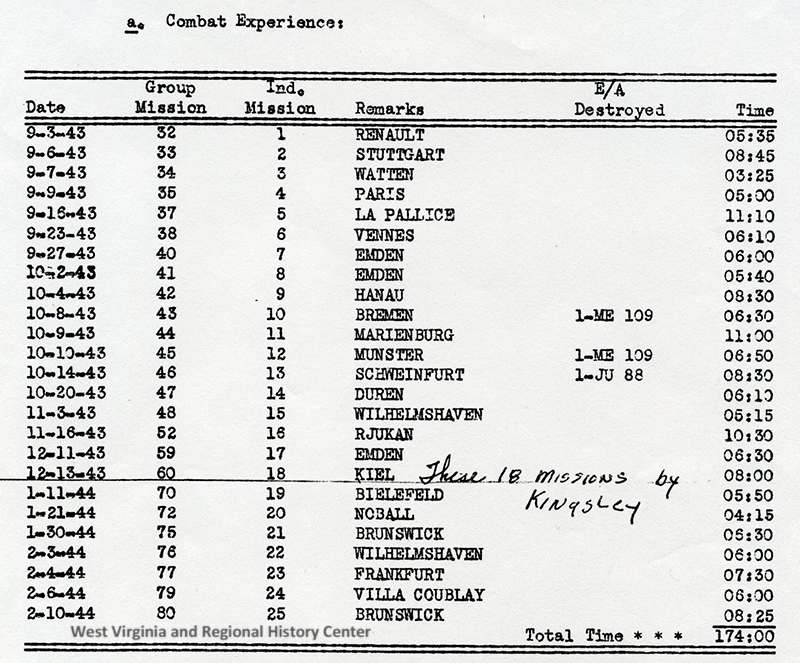 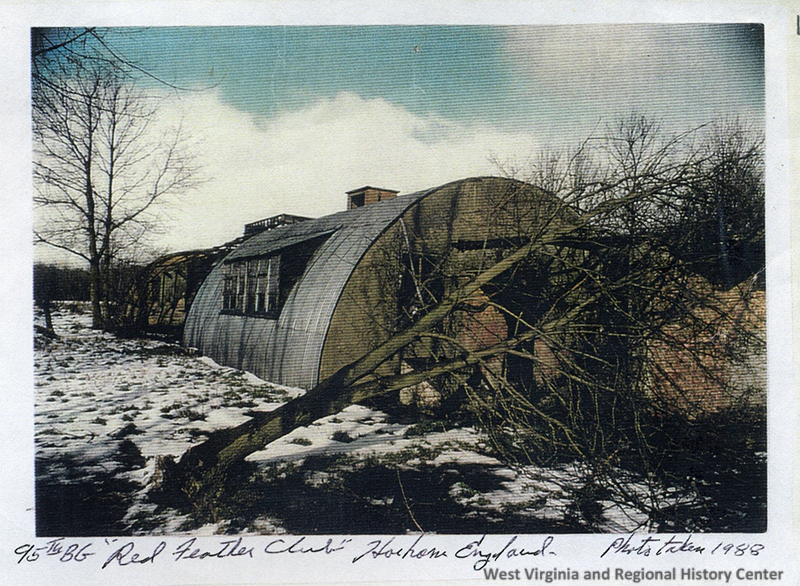 For another blog post featuring our collections regarding World War II, see West Virginian in the South Pacific: A Seebee in the New Hebrides.