In honor of President’s Day, this post takes a look back at President William Howard Taft’s visit to Morgantown in November 1911.  Taft came to town to mark the inauguration of West Virginia University’s eighth president, Thomas E. Hodges.

William Howard Taft was elected president in 1908 – the hand-picked successor of Theodore Roosevelt. He lost re-election to Democrat Woodrow Wilson in 1912 after Roosevelt split the Republican vote by running as a third-party candidate. 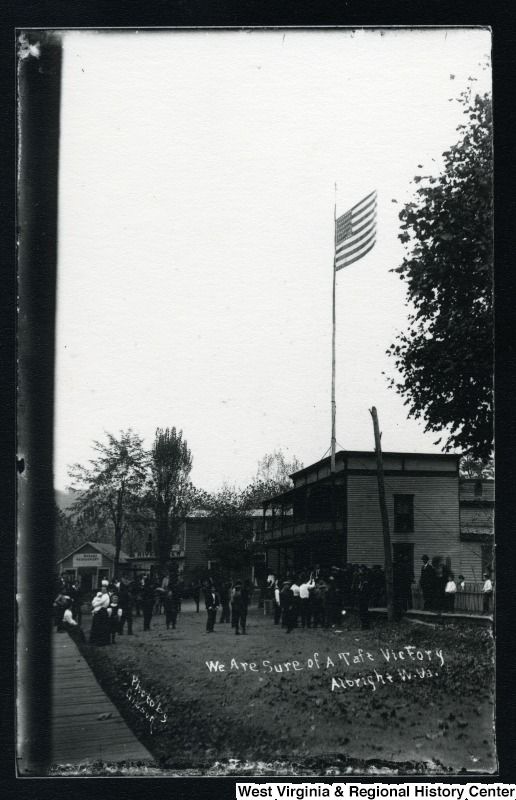 Residents of Albright in Preston County, West Virginia, are elated as news of Taft’s presidential victory is received in November 1908. 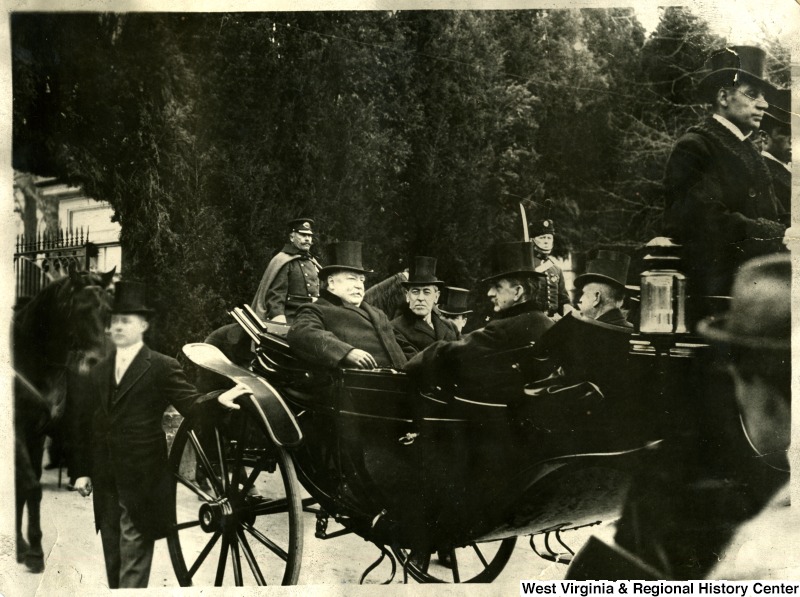 President Taft and President-Elect Woodrow Wilson travel together in March 1913 for Wilson’s inauguration.

On November 1, 1911, President Taft made a special trip to Morgantown two days before Hodges’ inauguration ceremony on November 3.  Taft traveled on a special train that arrived at 3:49 a.m. in Morgantown.  He departed at 1:15 p.m. later that day.  He stayed on the presidential train car until 9:00 a.m. that day when he set out to tour the main streets of Morgantown.  He ate breakfast at Cherryhurst, the home of WVU Geography Professor and West Virginia State Geologist, I.C. White.  Cherryhurst and its grounds occupied the current site of White Hall and the Downtown Campus Library.  After breakfast, Taft addressed a crowd of approximately 2000 school children that gathered outside on Cherryhurst’s lawn. 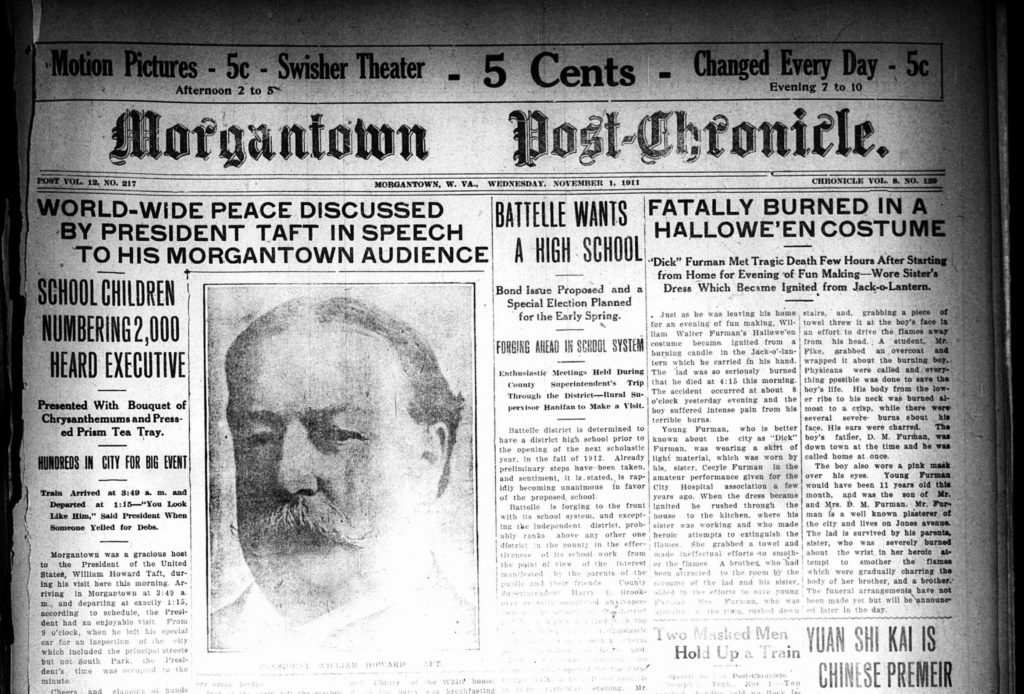 The Morgantown Post Chronicle’s coverage of Taft’s visit on November 1, 1911. 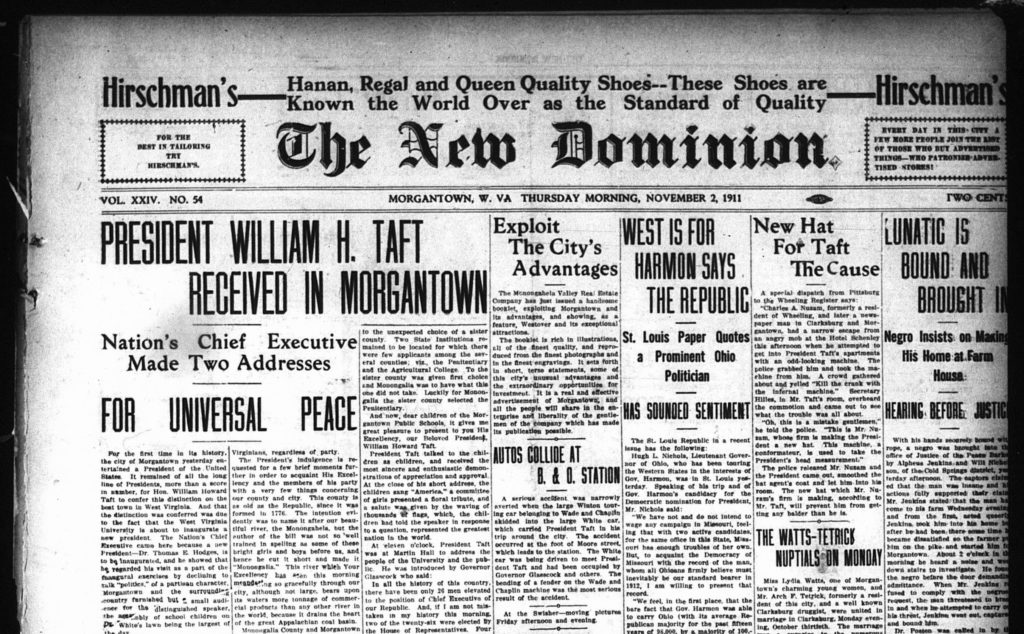 Taft’s visit as reported by the Morgantown New Dominion on November 2, 1911.

After the breakfast and talk at the White residence, Taft traveled to Martin Hall and gave a speech on “World Wide Peace” in which he discussed universal peace and treaties negotiated by his administration.  He then had lunch with Hodges and others in the President’s home, now called Purinton House. 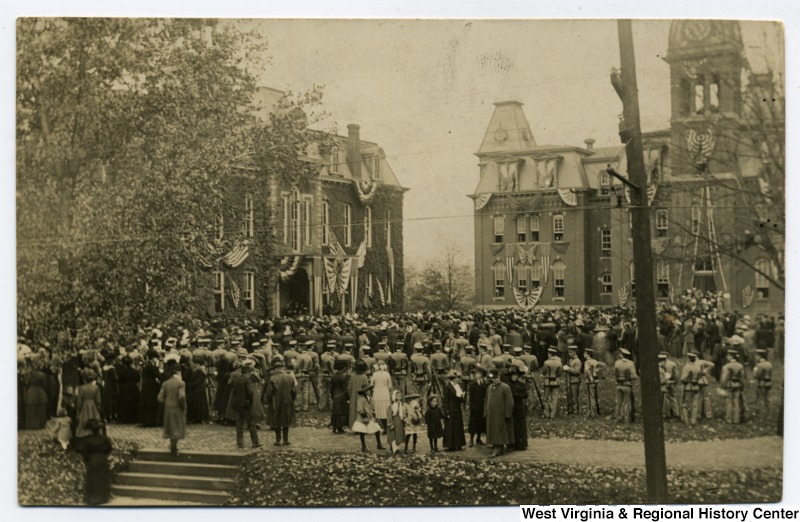 Crowds gathered in Woodburn Circle to hear President Taft speak from the porch of Martin Hall. 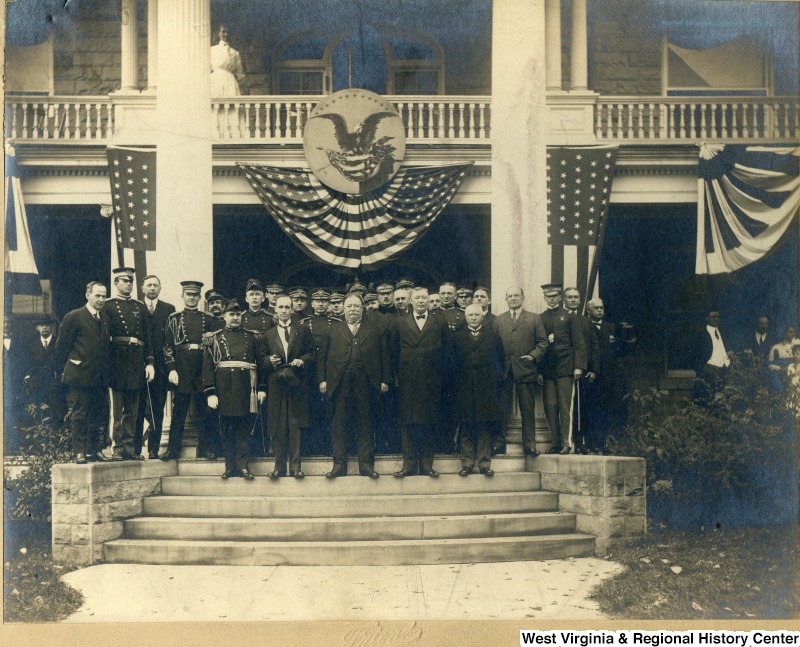 President Taft, front row center, on the steps of Purinton House.  Identified in the front row, left to right, are Daniel B. Purinton, Governor W. E. Glasscock, President Taft, Thomas E. Hodges and Dr. I.C. White. The men in uniform were members of the Governor’s Staff.

After his luncheon, President Taft returned to the train depot.  He traveled south to Fairmont where he stopped to deliver a 15 minute speech from a car outside of the Marion County Courthouse. 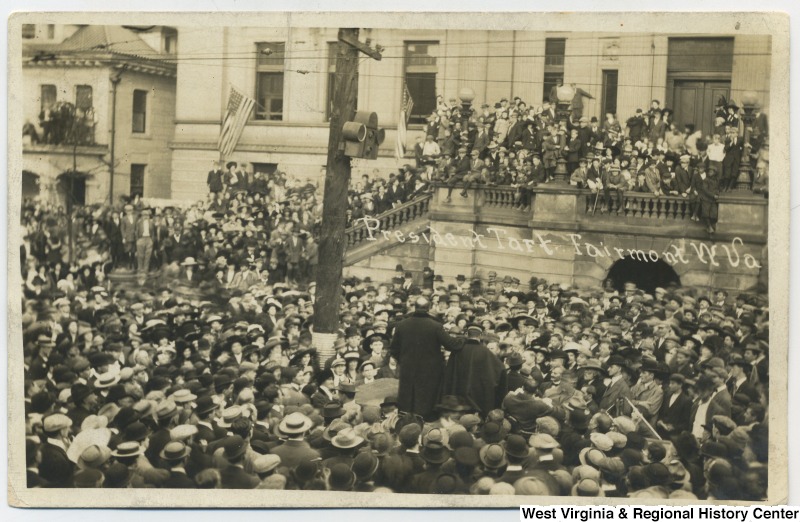 President Taft (with his back to the camera) addresses crowds in Fairmont on November 1, 1911. 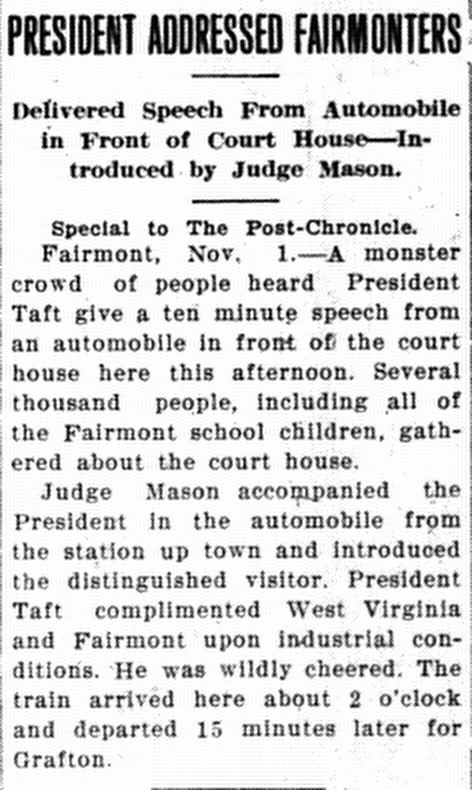 A brief overview of Taft’s visit to Fairmont in The Morgantown Post-Chronicle.

After leaving Fairmont, President Taft traveled to Grafton.  He gave a brief speech on conservation of natural resources there before heading out on a special Baltimore & Ohio train back to Washington, D.C.  Newspaper accounts report that President Taft lost his hat in Grafton – it flew out of his hand while he waved at the crowds.  The cap was picked up by a laborer who turned it over to the Grafton Stationmaster who intended to preserve the hat in a glass case.

President Warren Harding appointed Taft as Chief Justice of the Supreme Court in 1921 and he served in that position until just before his death in 1930.  WVU President Hodges was inaugurated two days after Taft’s visit to the area on November 3, 1911.  He served as University President until 1914, then Morgantown postmaster until his death in 1919.