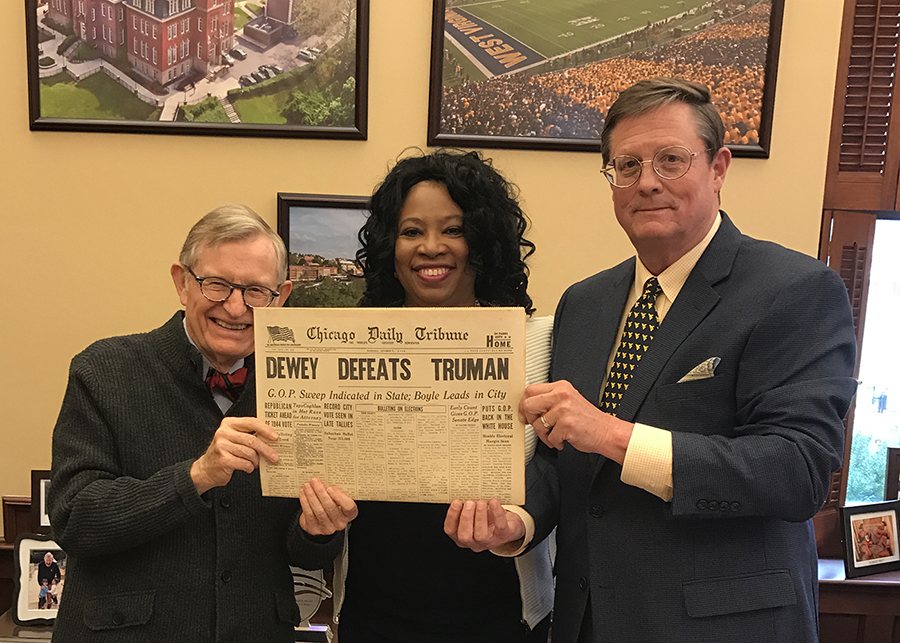 Steve Wolfe (right) and his wife, Darla, along with WVU President Gordon Gee, display a copy of the Chicago Daily Tribune that erroneously reports Dewey Defeats Truman. This newspaper is one of large collection of historical newspapers Steve Wolfe donated to the WVRHC.

Newspapers have chronicled key events from throughout our nation’s history – from crowning achievements like the ratification of the U.S. Constitution and Neil Armstrong’s moon walk to our darkest moments such as President Kennedy’s assassination and the Space Shuttle Challenger disaster.

West Virginia University alumnus Steve Wolfe, BA ’81, Political Science, is quite familiar with those historic moments and their media coverage. He spent more than two decades acquiring more than 150 newspapers that reported on these and other pivotal happenings.