Long May She Wave: Celebrating Independence Day in WV 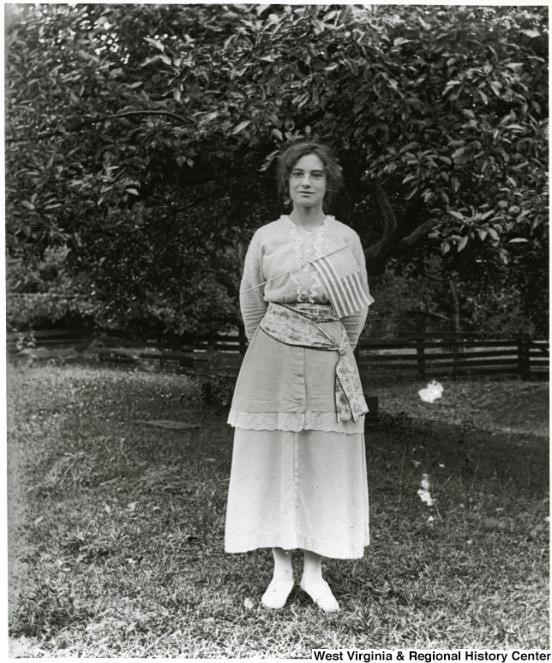 Young woman with a flag pinned to her dress, Helvetia, early twentieth century. 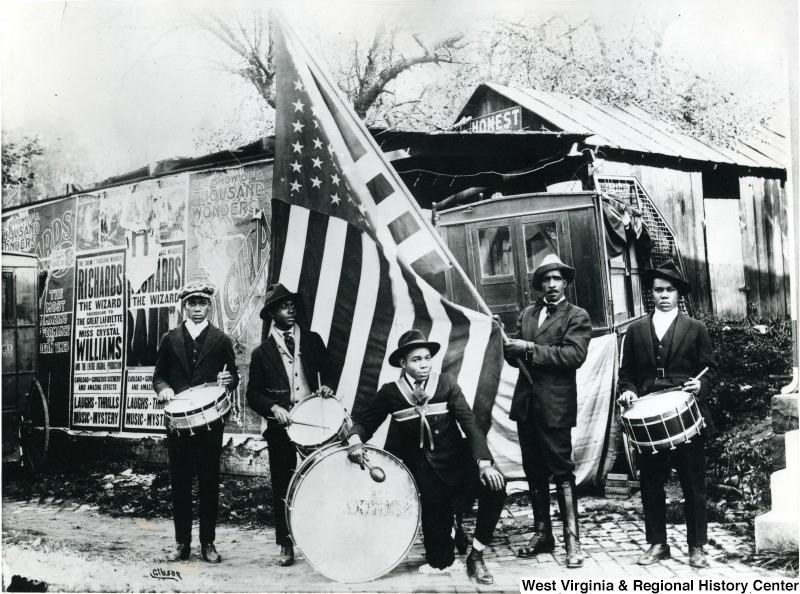 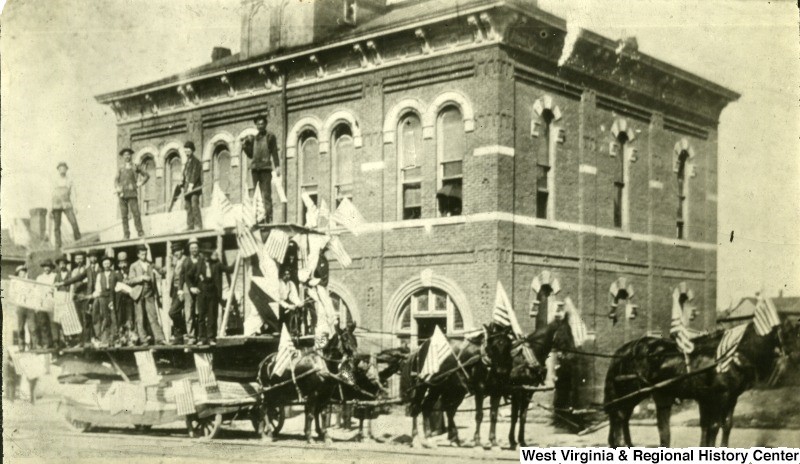 Huntington really knew how to celebrate.  Fourth of July Parade, 1882. 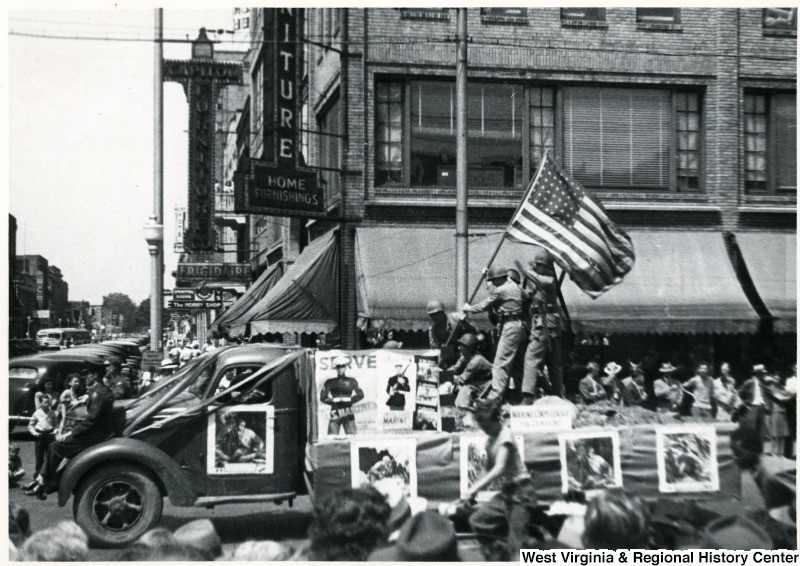 Huntington celebrated with this float reenacting the WWII flag raising at Iwo Jima, 1946. 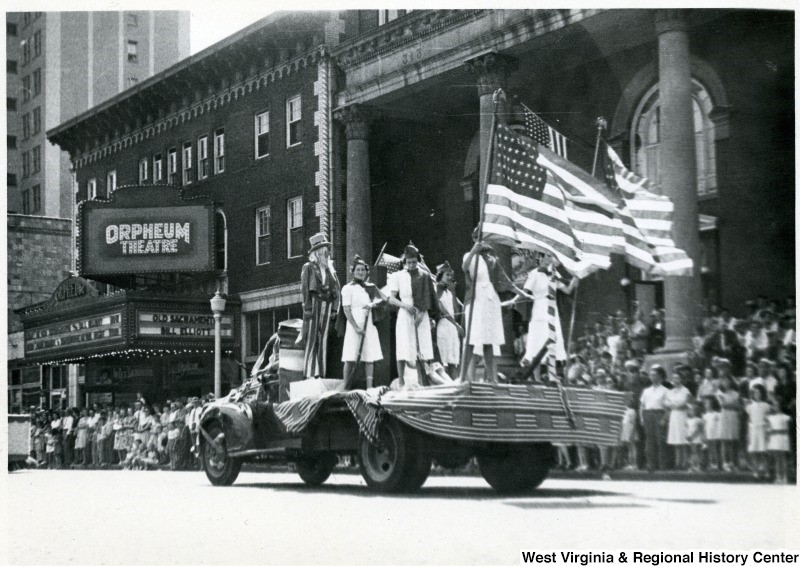 Uncle Sam joins the crowd on this Huntington Parade float, 1946. 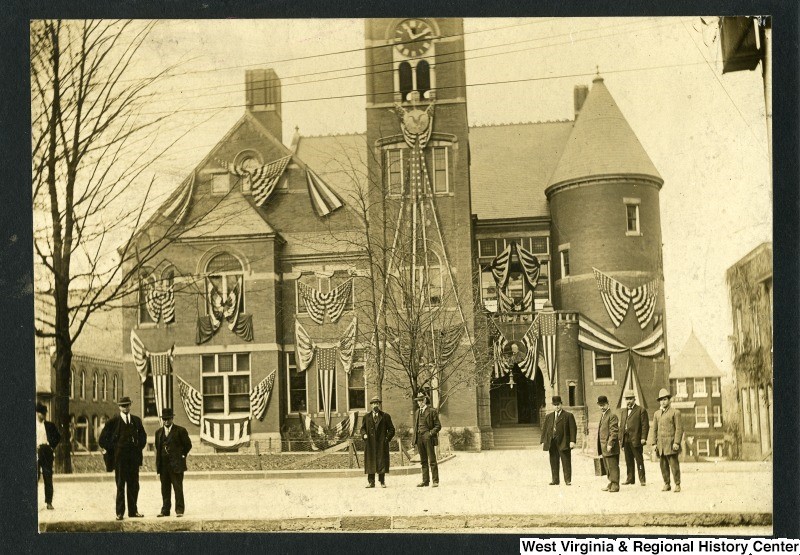 Our own Monongalia County Courthouse, draped in flags from the clock tower to the street.
Morgantown, approximately early twentieth century. 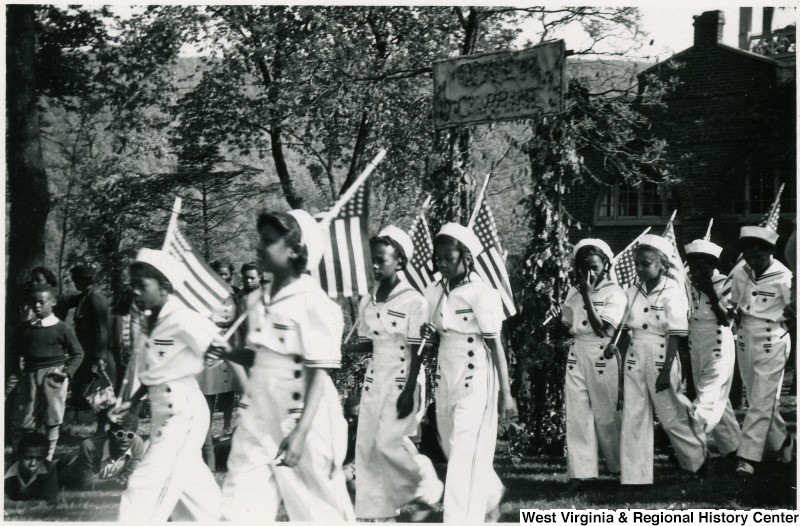 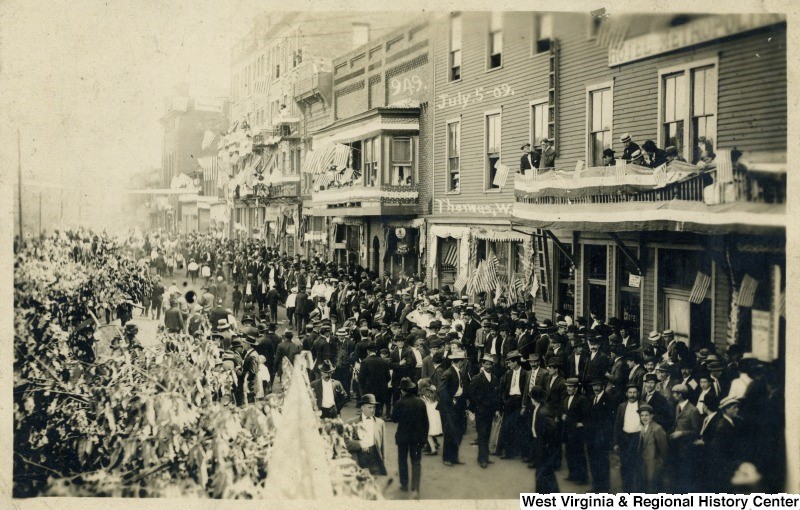 If you’ve ever been to Thomas, you may be surprised like me to see so many people in such a small downtown to celebrate the Fourth of July!  1909. 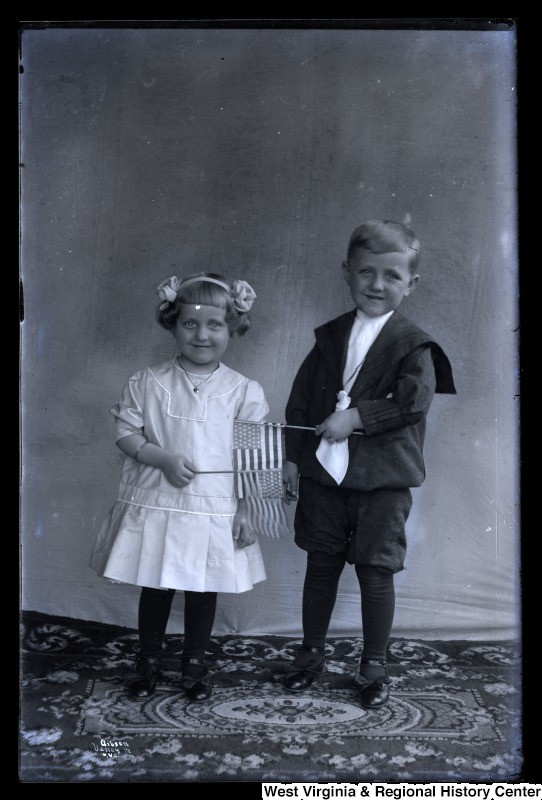 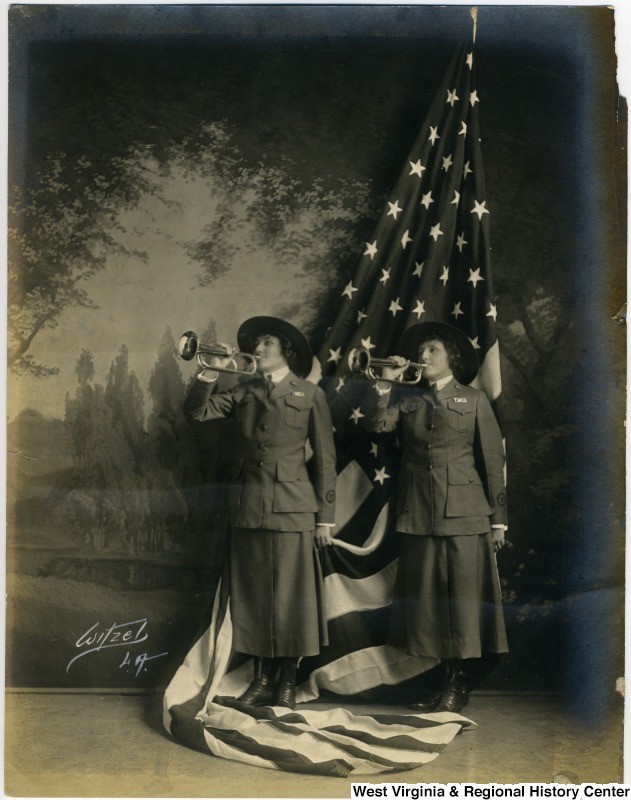 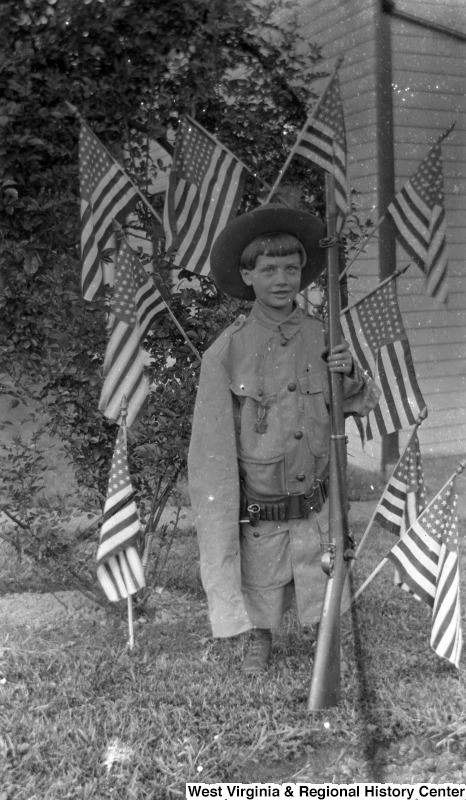 All of these photographs, and many more, are available on the West Virginia and Regional History Center website, West Virginia History OnView: http://wvhistoryonview.org/.    Want to see the real thing?  Stop by to take a look.  We’re here to help.

2 Responses to 'Long May She Wave: Celebrating Independence Day in WV'