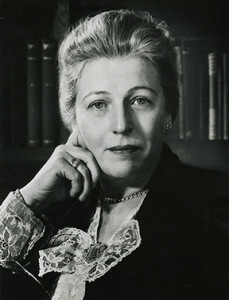 “Our website will bring this important collection of original manuscripts by one of the world’s greatest writers to the attention of scholars, teachers and students for the first time,” WVRHC Curator John Cuthbert said. “The Pearl S. Buck Collection is open to anyone who is interested in Pearl Buck and her work.”

The website, pearlsbuck.lib.wvu.edu, includes a guide that details the contents of the extensive collection (nearly 80 archival boxes), which includes manuscripts of Buck’s novels, non-fiction, children’s books and short stories, as well as articles, speeches and other materials.

“While much of her writing may be found in published form, our collection contains the vast majority of her original manuscripts, not only in their final form but in various versions that reveal her creative process and the changes she made as her thoughts evolved when writing,” Cuthbert said.

WVU became caretaker of Buck’s archives in October 2014 after beginning a partnership with West Virginia Wesleyan College and the Pearl S. Buck Birthplace Foundation to protect and promote Buck’s legacy. Under the agreement, the WVRHC assumed the responsibility of providing physical care for and access to the Buck Collection. Previously, West Virginia Wesleyan housed the collection.

Birthplace Foundation Treasurer Kirk Judd fondly remembers reading “The Good Earth” when he was in school and laments that the classic is no longer part of the curriculum. He believes the website will help return the author to prominence and enable a new generation to research the works of Pearl Buck and appreciate her contribution to world literature and American consciousness.

“Back in the 30s, 40s and 50s, Pearl Buck was a rock star. She was in demand everywhere,” Judd said. “She was talking about women’s rights and minorities’ rights back when those issues weren’t being brought to the forefront by anyone else. Pearl Buck was way ahead of her time.”

Her legacy, though, extends far beyond her accomplishments as a novelist and continues to attract scholars in countless fields.

“We were recently visited by a Korean scholar who was interested in studying Pearl Buck’s writings regarding transnational adoption. It would have taken the scholar perhaps many months to locate the number of works relating to this theme that she was able to find here all in one place,” Cuthbert said.

Buck regularly addressed issues surrounding race relations, the oppression of women and minorities, children’s welfare and other humanitarian issues of the time. She devoted much of her life’s work to children’s issue, penning many novels and short stories for and about them.

She was particularly interested in the plight of the mixed-race children who were fathered by western servicemen serving in Asia during the mid-20th century and then abandoned when the men returned home. In addition to being an advocate for these children, Buck founded an organization that arranged for the adoption of more than 5,000 interracial children.

“Buck’s work in promoting the welfare of children around the world provides an excellent example of how a girl born in West Virginia grew to change the world,” Cuthbert said.

The website also promotes programs and events relating to Buck, such as:

• This fall, WVU will host the first Living Gateway Conference, which celebrates the life and legacy of the West Virginia native. Borrowing its name from Buck’s novel “My Mother’s House,” organizers say the symposium will explore ways in which the author’s life and writings can be used as “gateways” for cultural expression, international awareness, intercultural understanding and humanitarian aid. The event, scheduled for Sept. 11-13 at the Erickson Alumni Center, is sponsored jointly by WVU, the West Virginia Humanities Council, the Pearl S. Buck Birthplace Foundation and West Virginia Wesleyan College.