Recently, while processing our voluminous Harrison County Court records collection at the History Center, a record documenting one of western Virginia’s earliest pioneers was uncovered.  Although a routine court record dating from 1809 regarding a financial transaction, it nonetheless includes the name of John Hacker (1743-1823), a pioneer who led the way into Virginia’s western frontier.  According to the West Virginia Heritage Encyclopedia edited by Jim Comstock, “…he was the first permanent settler in what is now Lewis County.”  Though he settled in the region that became Lewis County, this 1809 case fell under the jurisdiction of the Harrison County Court since Lewis County was established later in 1816, from the territory of Harrison County.  The Encyclopedia further reveals that “in 1774 Hacker was given a 400-acre grant of land there, near what is now called Hacker’s Creek after him.”  His notable exploits included serving in the Continental Army during the Revolutionary War, including service with George Rogers Clark in the Northwest Campaign of 1778-1779, and serving as a representative of Hacker’s Creek at the peace conference that concluded the Northwest Indian War of 1785-1795. 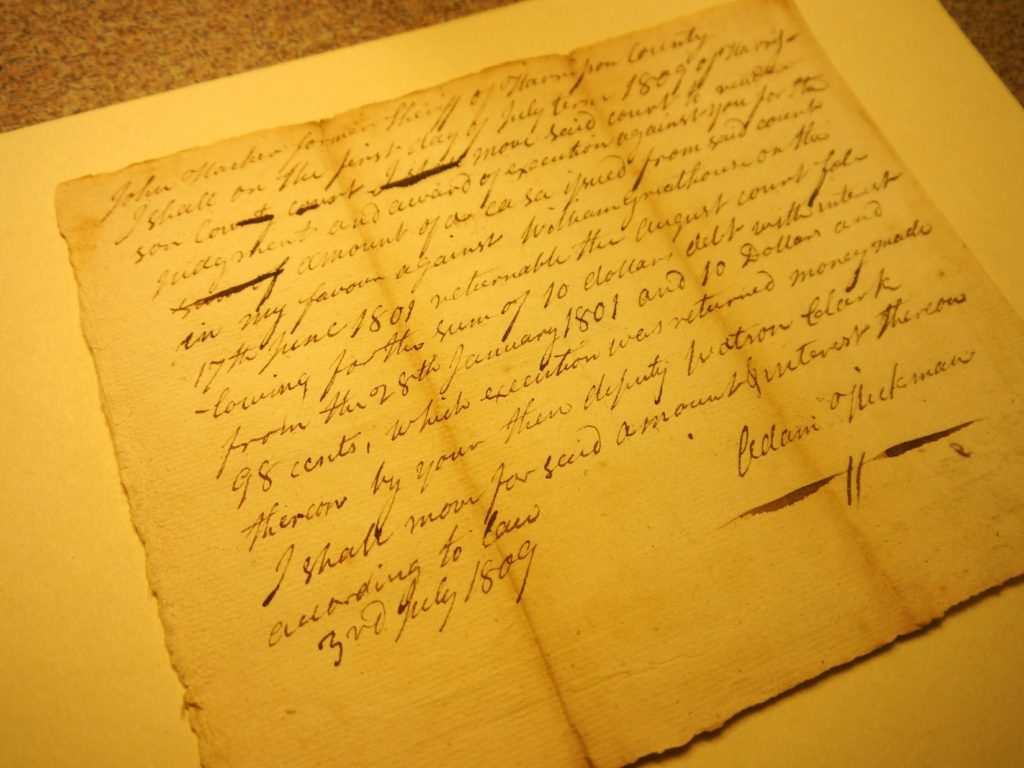 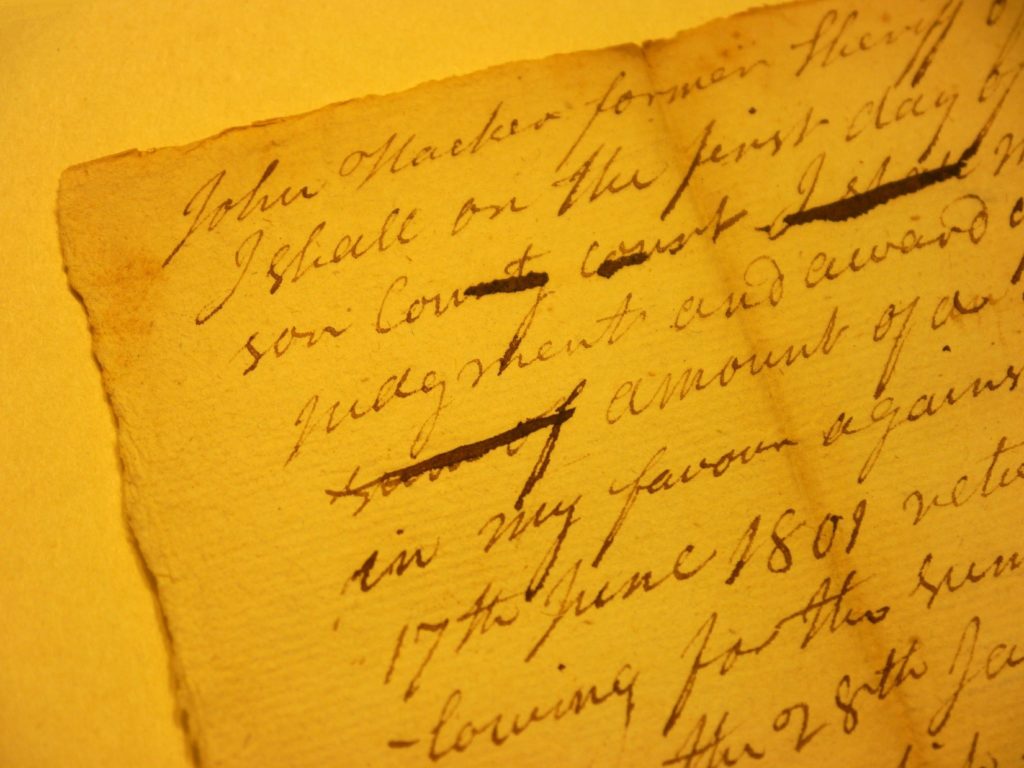 The identity of the John Hacker recorded in this court document is corroborated by its reference to his earlier occupation as “former Sheriff of Harrison County”.  According to Dorothy Davis’s “History of Harrison County,” he was Sheriff from 1799-1801 — this is indeed the trail blazing John Hacker of the 1700s. 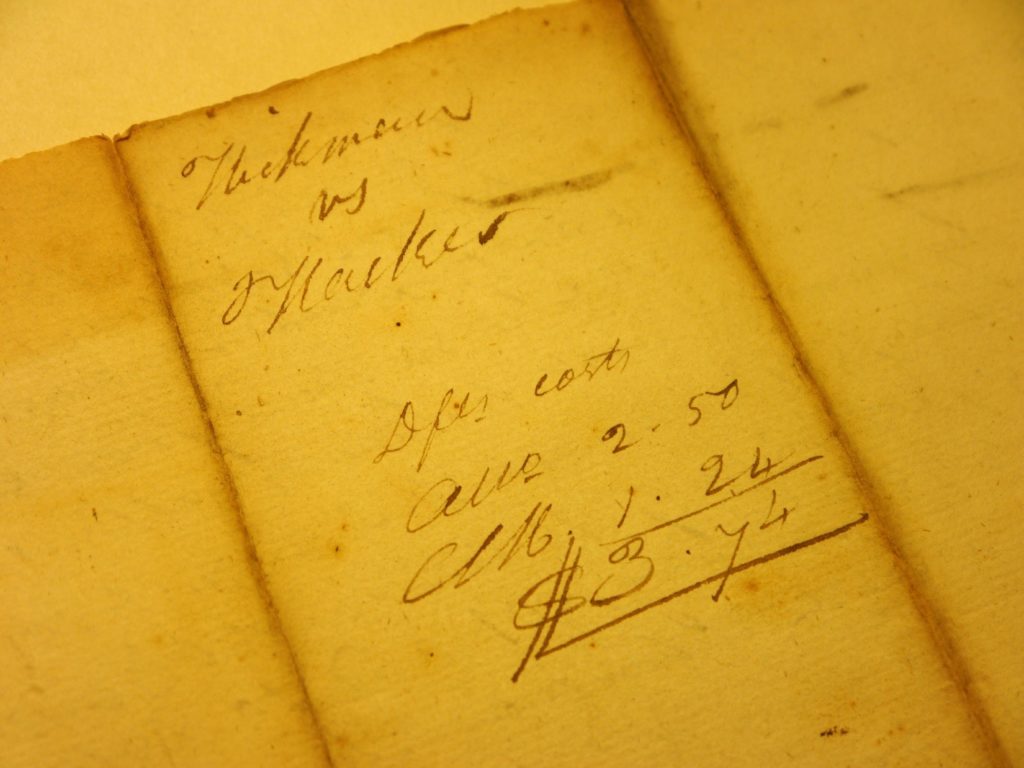 This glimpse of a pioneer in the public record provides a tangible link to the frontier past of West Virginia that would otherwise be obscured by the mists of time, helping turn legend into history.

For other History Center blog posts related to pioneers, see:

The 55 West Virginias, A Guide to the State’s Counties, by E. Lee North

Wikipedia articles regarding the Illinois Campaign and Northwest Indian War.