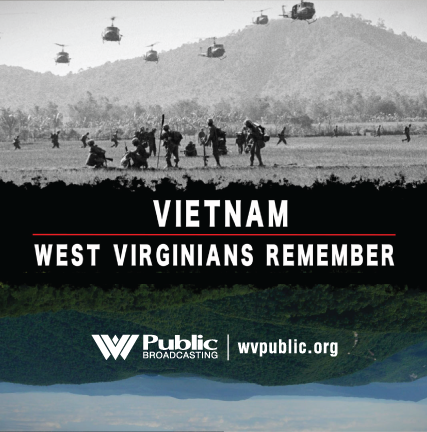 West Virginia University Libraries invites the campus community and the public to a screening and panel discussion of the West Virginia Public Broadcasting documentary “Vietnam: West Virginians Remember” at the Mountainlair’s Gluck Theatre on September 27 at 4 p.m. The Libraries welcomes all interested attendees and hopes many student veterans and campus veteran advocates will join us for this program.

The WVPB documentary tells the story of five West Virginia combat veterans who served in America’s most controversial war and explores the unanswered questions and haunting memories that remain. More than 36,000 Mountain State residents served in Vietnam, and of those 1,182 died. The WVPB documentary is a companion film to The Vietnam War series produced by Ken Burns and Lynn Novick, which will premiere on PBS in mid-September.

“The process of making this film has taught me there are as many perspectives on the Vietnam War as there are those who served,” Higgins wrote in a producer’s note. “But I’ve heard shared experiences as well: fear, horror, loss, rejection, disillusionment, detachment, anger – and perseverance.”

A corresponding exhibition, “West Virginia and the Vietnam War: Selected Materials from the West Virginia & Regional History Center,” will open in the Downtown Campus Library’s Rockefeller Gallery on September 18 and remain on display through December 2017.

The WVRHC invites individuals with personal papers, photographs, and memorabilia related to the Vietnam War to speak with staff about donating materials to the Center for preservation. The Center can be reached by phone, 304-293-3536, or online at wvrhc.lib.wvu.edu/contact.