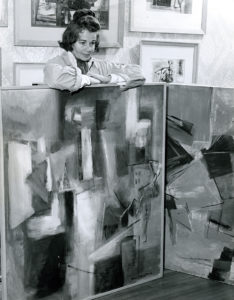 An exhibit created by students and faculty in the West Virginia University Reed College of Media and WVU Libraries will highlight the success of unknown West Virginians through augmented reality.

“Unseen, Unknown: An Augmented Reality Exhibit Exploring WV Sights & Stories gives new voice to these unknown figures by blending history and emerging media, and I’m thrilled to host such an innovative and collaborative exhibit at the Libraries,” said Sally Deskins, exhibits and program coordinator for the Libraries.

The exhibit opens October 1 on the second floor of the Downtown Campus Library and will remain on display through December.

Augmented reality changes the viewer’s perspective of reality by superimposing an image, a video or text over their view of the world. Similar to QR codes, aiming a smartphone camera at the photos in “Unseen, Unknown” will trigger a short video or slideshow to appear, providing history on the subject. 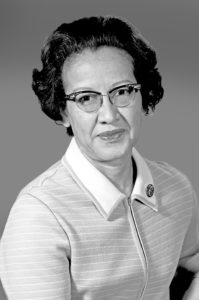 The exhibit features Georgeann Wells, WVU women’s basketball player and the first woman to dunk in an official NCAA intercollegiate game; Katherine Johnson, a NASA mathematician and West Virginia native who attended WVU and was featured in Hidden Figures, the 2017-18 Campus Read; and Grace Martin Taylor, WVU alum and successful artist; and many more. Instructions for downloading the augmented reality app used to view the exhibit will be available.

Historical Morgantown landmarks will also be featured, such as Falling Run and the Sunnyside neighborhood, with photos courtesy of Christopher Dale and the West Virginia and Regional History Center.

The Eberly College of Arts and Sciences Department of History and the Royce J. and Caroline B. Watts Museum also contributed to the project.

This is exhibit, develop by Art in the Libraries, can travel to other locations for display. For more information, contact Sally Deskins at sbdeskins@mail.wvu.edu or visit exhibits.lib.wvu.edu.