The Dark Side of Butterflies: The Eastern Tiger Swallowtail in William Henry Edwards Butterflies of North America

The great West Virginia coal magnate, William Henry Edwards, was a butterfly lover at heart.  Edwards lived in Coalburg, a small town outside Charleston, and he is credited as the first to open the Southern Coalfields.  When coal shipments were threatened by the events of the Civil War, Edwards found a way to get his coal to market, shipping it by boat.  He was the first to ship coal for export to the North by water.  He was also the first to document the life cycle of butterflies throughout North America and his three volume set of books on butterflies is still considered to be the reigning masterwork on the subject. 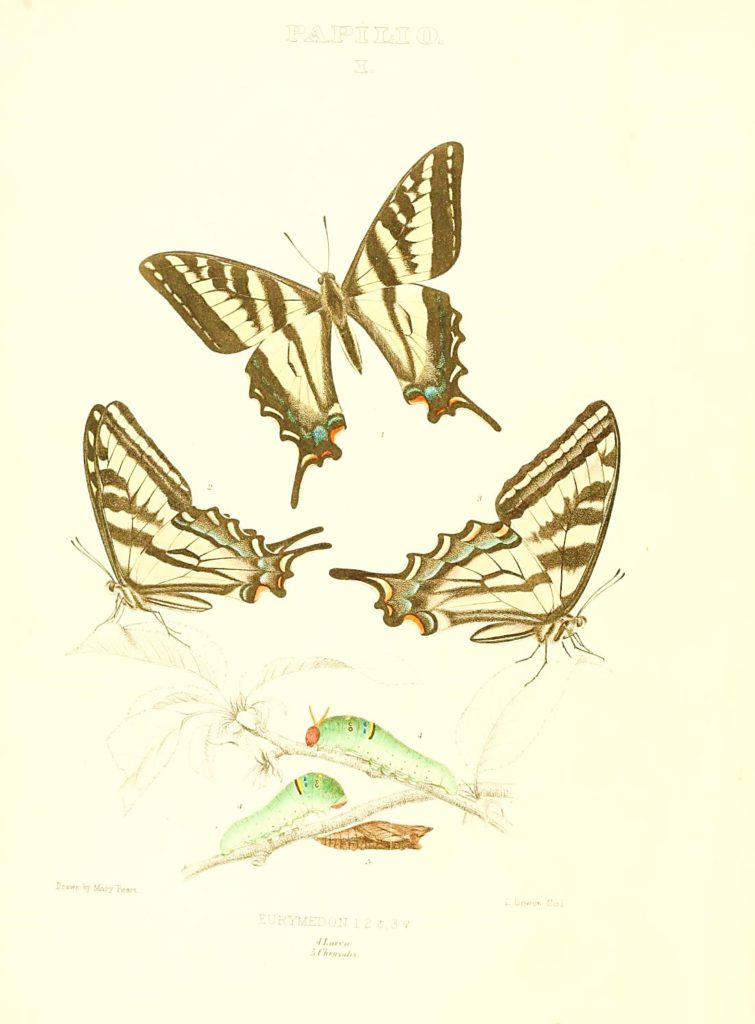 Edwards also documented variant forms or phases of the Tiger Swallowtail, among them is a variant with expanded black markings he referred to as dimorphism, defined by the Merriam-Webster Dictionary online as “the existence of two different forms (as of color or size) of a species especially in the same population,” such as the Papilio Oregonia, shown below. 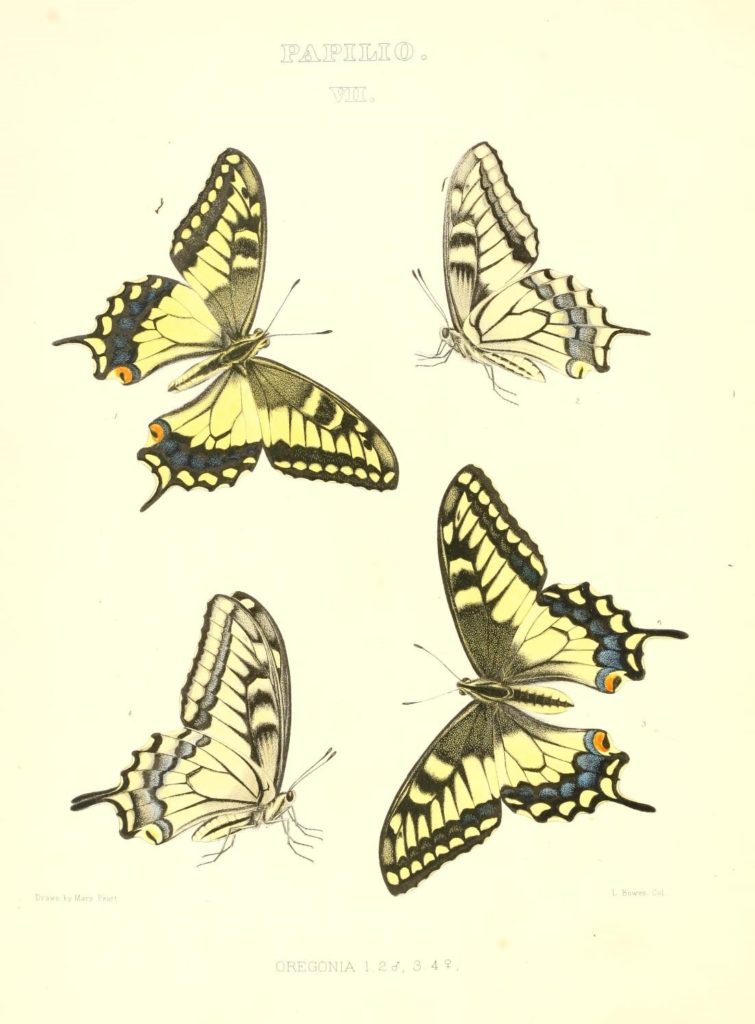 Edwards also documents the Papilio Nigra, an even darker version of the swallowtail with broad expanses of black on its upper wings, shown below. 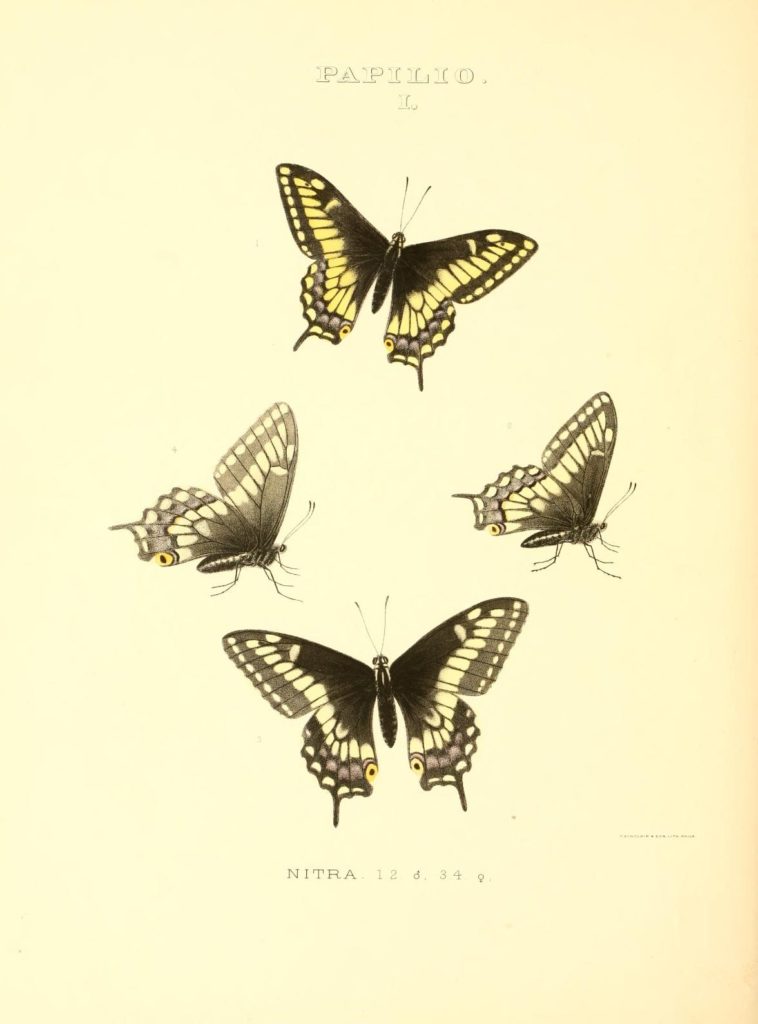 Finally, Edwards described a swallowtail with even darker coloring, rarely seen in our region yet widespread through the United States, the Giant Swallowtail, known by its scientific name, Cresphontes Cramer.  According to Edwards’ Synopsis of the Butterflies of North America, The Giant Swallowtail is an occasional visitor to West Virginia. 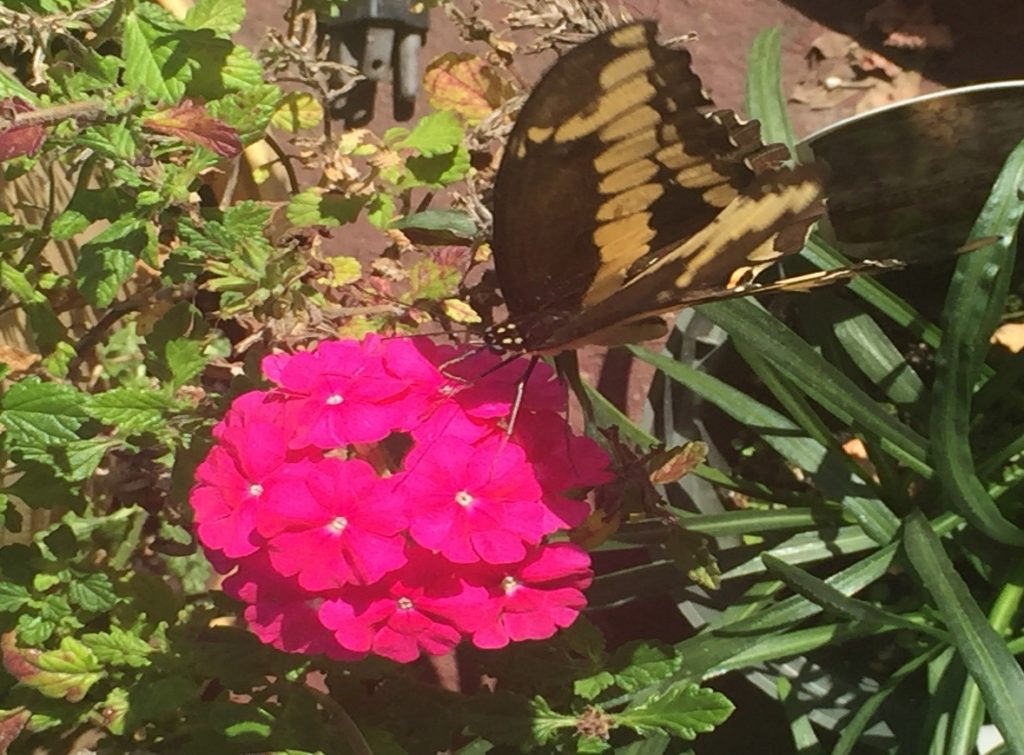 I was fortunate to observe one of those occasional visits of the Giant Swallowtail this past weekend as one stopped to visit the flowers on my back porch.  The Giant Swallowtail is a giant indeed with a wingspan of nearly four inches.  Its dramatic coloration really catches the eye.  Although I have collected and observed butterflies for most of my life, this was the first time I had ever seen the Giant Swallowtail.  I could imagine the excitement William Henry Edwards must have felt when he observed one for the first time in the 1870s.  You can watch the video of my visitor here:

If you’d like to take a look at William Henry Edwards’ three volume masterwork, The Butterflies of North America, please contact the West Virginia and Regional History Center to view the books in the Rare Book Room.