Journalist to address the failure of mass incarceration

A project exploring stereotypes and mass incarcerations will bring journalist Sylvia Ryerson to campus November 15 for multiple class visits and a public presentation in the Downtown Campus Library’s Milano Reading Room at 6 p.m. 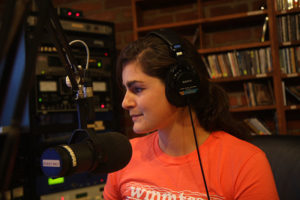 Ryerson’s presentation, “Public Airwaves through Prison Walls: Restoring Connection in the Era of Mass Incarceration,” will complement the visual perspective of The Divide, WVU Multimedia Producer and photojournalist Raymond Thompson’s exhibit of photographs on display in the Downtown Campus Library Atrium. Ryerson partnered with Thompson to document a 2015 trip by Virginian families as they drove together in a van from urban centers to rural Appalachian prisons to visit incarcerated loved-ones. 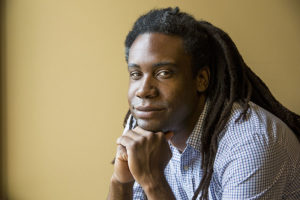 “ ‘Restoring Connections’ showcases how art, journalism, and activism intersect to highlight topics of academic interest that have a direct impact on society; exactly the programming we are aiming to host in the libraries,” said Karen Diaz, interim dean of WVU Libraries. “Raymond’s photographs have been surrounding library users for months, bringing an awareness of the families impacted by incarceration. This program will fill out those photos with the stories of those affected and give us all a new perspective on the impacts of mass incarceration in our country. These sorts of conversations are essential to helping us shape the thoughtful democratic society we wish to create for ourselves.”

WVU Libraries collaborated with the Department of English, Department of Sociology and Anthropology, and the Reed College of Media to bring Ryerson to Morgantown.

Ryerson’s trip to campus and her talk are supported by a grant from the West Virginia Humanities Council.

“We greatly appreciate the West Virginia Humanities Council’s assistance in making this program possible,” Diaz said. “We’re thrilled that the Council recognizes and advocates the Libraries’ role in promoting and facilitating discussion of issues that affect Appalachia.”

Other related events include a panel presentation on the state of incarceration in Appalachia on Nov. 1 at 5 p.m. at the WVU College of Law Event Hall, and a live podcast recording by the Appalachian Prison Book Project on Nov. 14 at 5 p.m. in Colson Hall 130.

Ryerson is a Brooklyn-based radio producer, sound artist and journalist. For nearly a decade her work, rooted at the intersection of scholarship, activism and art, has probed the overlapping crises of mass incarceration, rural poverty, and environmental destruction. Her work has been featured on WNYC’s The Takeaway, The Marshall Project, Transom.org, The Third Coast International Audio Festival, the BBC and WBUR’s Here and Now. In 2014, Ryerson started Restorative Radio, a participatory audio documentary project. She works with families that have loved ones incarcerated to create “audio postcards” from home.

Thompson’s work has been featured in WBEZ Chicago Public Radio, NBC News and The New York Times. He has won several awards including the 2012 Alexia Foundation Grant Award of Excellence and the 2011 Carnegie-Knight Fellowship.