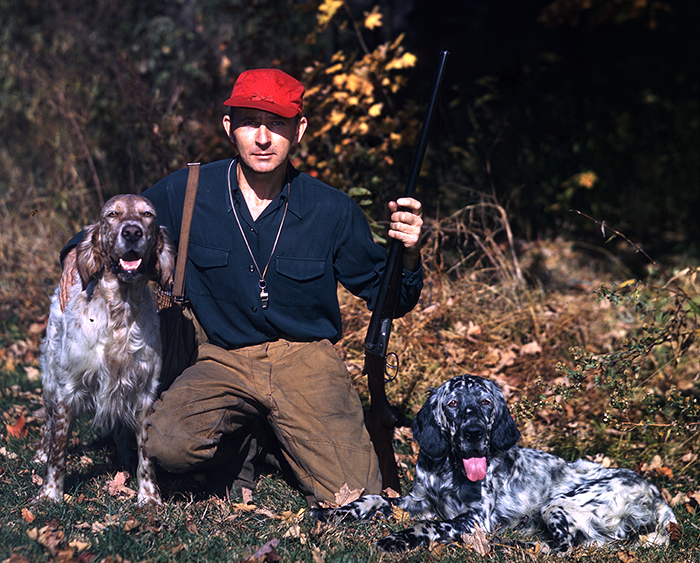 “George Bird Evans was one of the world’s foremost authorities on upland bird shooting and fine bird dogs,” WVRHC Director John Cuthbert said. “His eloquence and philosophical bent earned him an avid following among hunting literature enthusiasts across the nation and beyond.”

In the late 1920s, Evans began working as an illustrator in New York City and quickly earned a reputation as a gifted artist. In 1939, missing the wildlife and wilderness he loved since childhood, Evans and his wife, Kay, relocated to a Revolutionary War era hewn-log farmhouse in Preston County.

At that homestead, which he called Old Hemlock, Evans authored more than two dozen books and hundreds of magazine articles about bird hunting, shooting and bird dogs in the ensuing years. His book “The Upland Shooting Life” became an instant classic and gained him a loyal following that continues to this day. 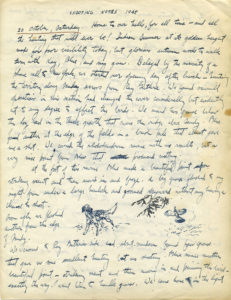 In addition to hunting literature, Evans and his wife together wrote a series of mystery novels. The Evanses also collaborated in breeding a line of “Old Hemlock” English setters whose descendants are treasured today by bird dog enthusiasts throughout America. George and Kay passed away in 1998 and 2007, respectively.

The WVRHC preserves the original manuscripts, journals and a trove of other related materials. To learn more about the content please refer to the collection’s finding aid.