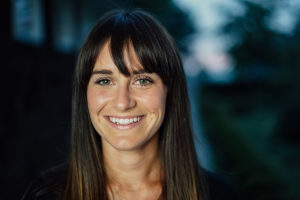 It will be followed by a reception and panel discussion to include the artists whose work can be seen in “A Knowing Intimacy: A photography exhibit by West Virginia Women” on display in DCL Room 1020 March 8-April 13.

Sheldon, the exhibit’s curator, explained that the name comes from the shared intimate quality among her work and the work of photographers Lisa Elmaleh, Rebecca Kiger and Meg Elizabeth Ward.

“The things that are left unsaid inform the work in a huge way,” Sheldon said. “Whether that’s our relationship with others, nature, or ourselves. The knowledge we have, that is not often shared on the surface, is the undercurrent that makes our work just that, ours.”

Though born and reared in Miami, Elmaleh calls Hampshire County home. She spends much of her time on the road, enjoying adventures with her large-format 8×10” camera lovingly named Fitzgerald Fitzwilliam Fitzgeorge. She teaches at the School of Visual Arts and the Penumbra Foundation in New York City, and the Pennsylvania College of Art and Design in Lancaster, Pennsylvania.

Documentarian and photographer Kiger provided still images for two of Sheldon’s upcoming films about the opioid crisis. Her work will also be in Nancy Schwartzman’s documentary by about the Steubenville, Ohio, rape case. She is currently working on a long-term documentary project about intergenerational trauma and her family’s roots in Appalachian Ohio and a project called “Her Appalachia,” a companion piece to the film “Hillbilly” by Sally Rubin and Ashley York. 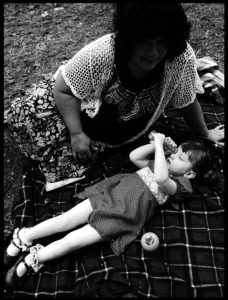 Ward is a self-taught photographer inspired by her native West Virginia. She describes her pictures as “black, white and beautifully gritty.” The images tell a story, no matter how “ugly.” She has found herself in culverts, tunnels, dusty attics, cemetery gatherings and churches’ back pews, seeking out the weathered hands and faces of forgotten homesteads and abandoned mine shafts. She uses these places to showcase the wonderful imperfection of life and reveal a more a more truthful depiction of life.

Sheldon won a Peabody for her 2013 interactive documentary “Hollow,” which examines the future of rural America through the eyes and voices of West Virginians.

“A Knowing Intimacy” is supported by the Libraries’ Arts in the Libraries program. For more information contact Sally Deskins, exhibits coordinator, sbdeskins@mail.wvu.edu.