This blog will continue to survey photographs from an archival photograph collection received by the History Center from University Relations. It contains photos showing people, activities, and events at West Virginia University from the 1960s to more recent times.  This installment of the series will focus on photos that document Wise Library (which is now encompassed within the Downtown Campus Library).  Although some of these photographs have probably been seen before, the acquisition of this collection with all of its original negatives will now privilege researchers and viewers with source material of the highest quality.

West Virginia University has had a library since its inception in 1867.  First located in Woodburn Hall, it moved to Martin Hall in 1890, and then to what is now Stewart Hall in 1902.  Then in 1931 the library was moved to where the Downtown Center Library (DCL) is currently located, although its footprint as Wise Library is substantially smaller than that of the DCL, since the construction project resulting in the DCL (1999-2003) extended the perimeter of the building outward from the facade of Wise. 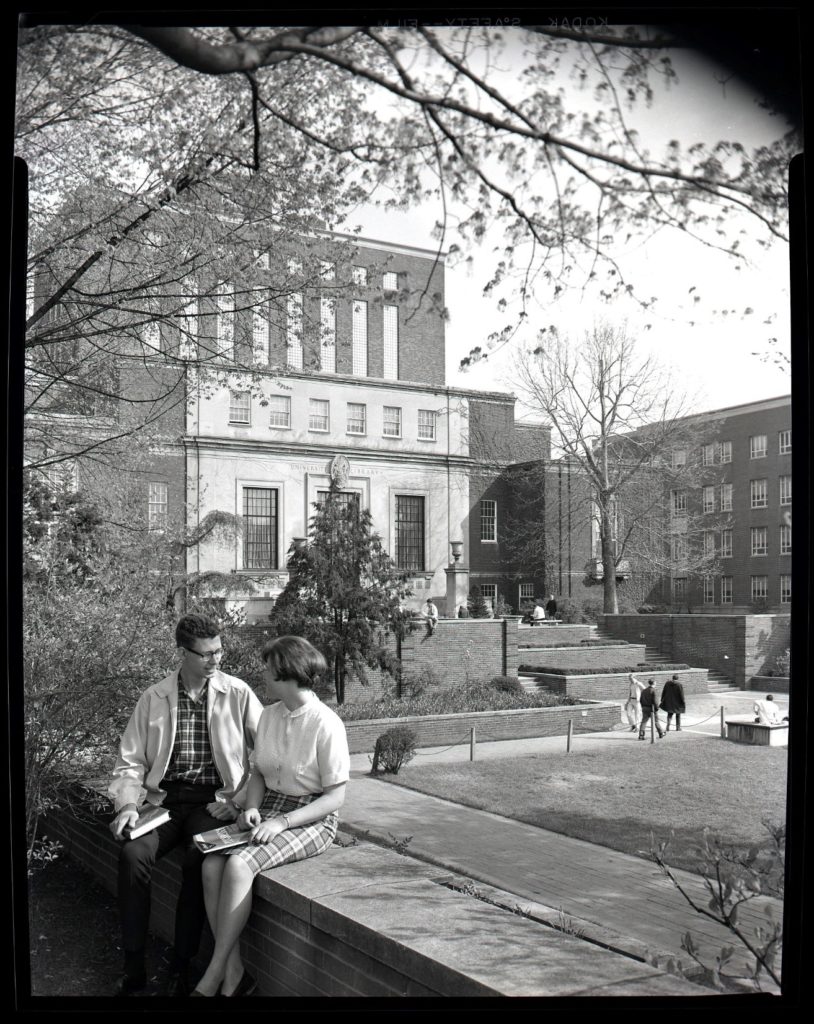 Facade of Wise Library before its envelopment by the Downtown Center Library project, May 1967.  The facade and interior lobby of this 1931 building were retained intact within the DCL, as well as most other features of the building.  (Photograph from A&M 5188, West Virginia University, News Service, negative file 00632.) 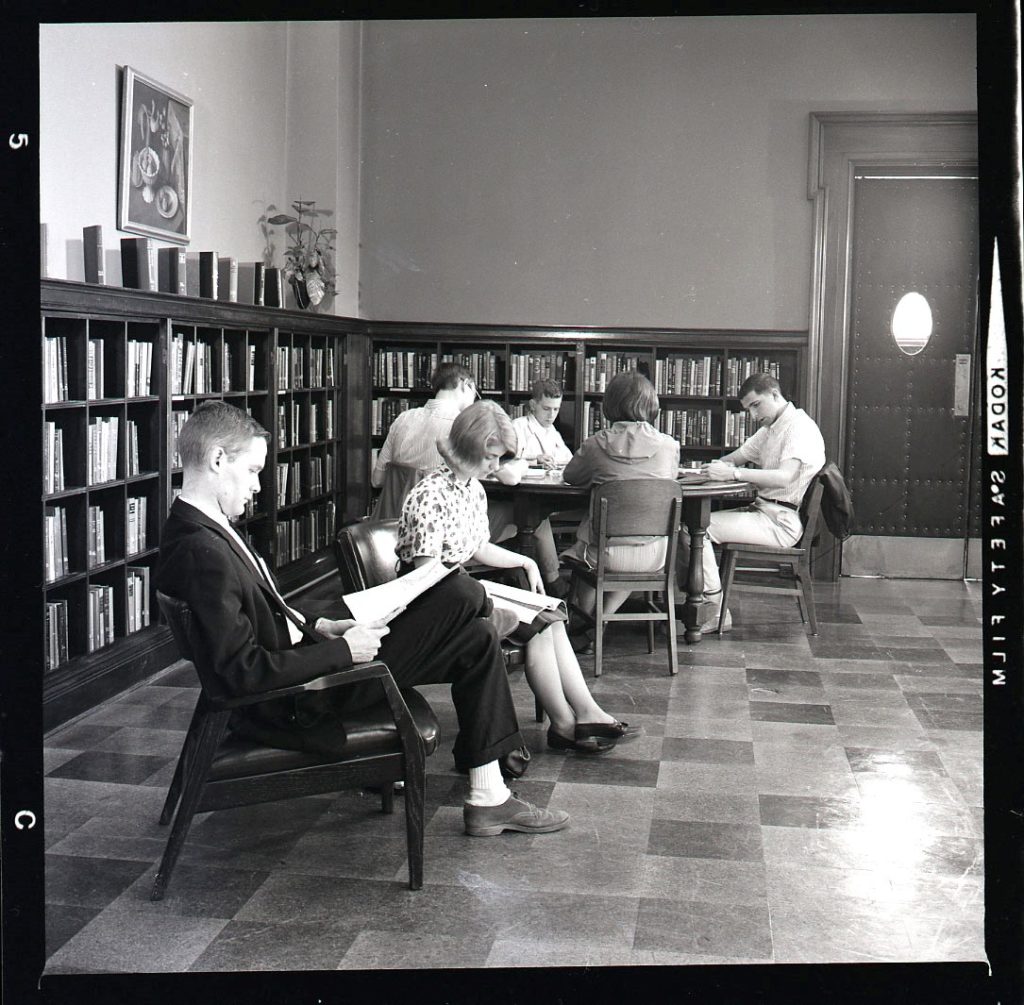 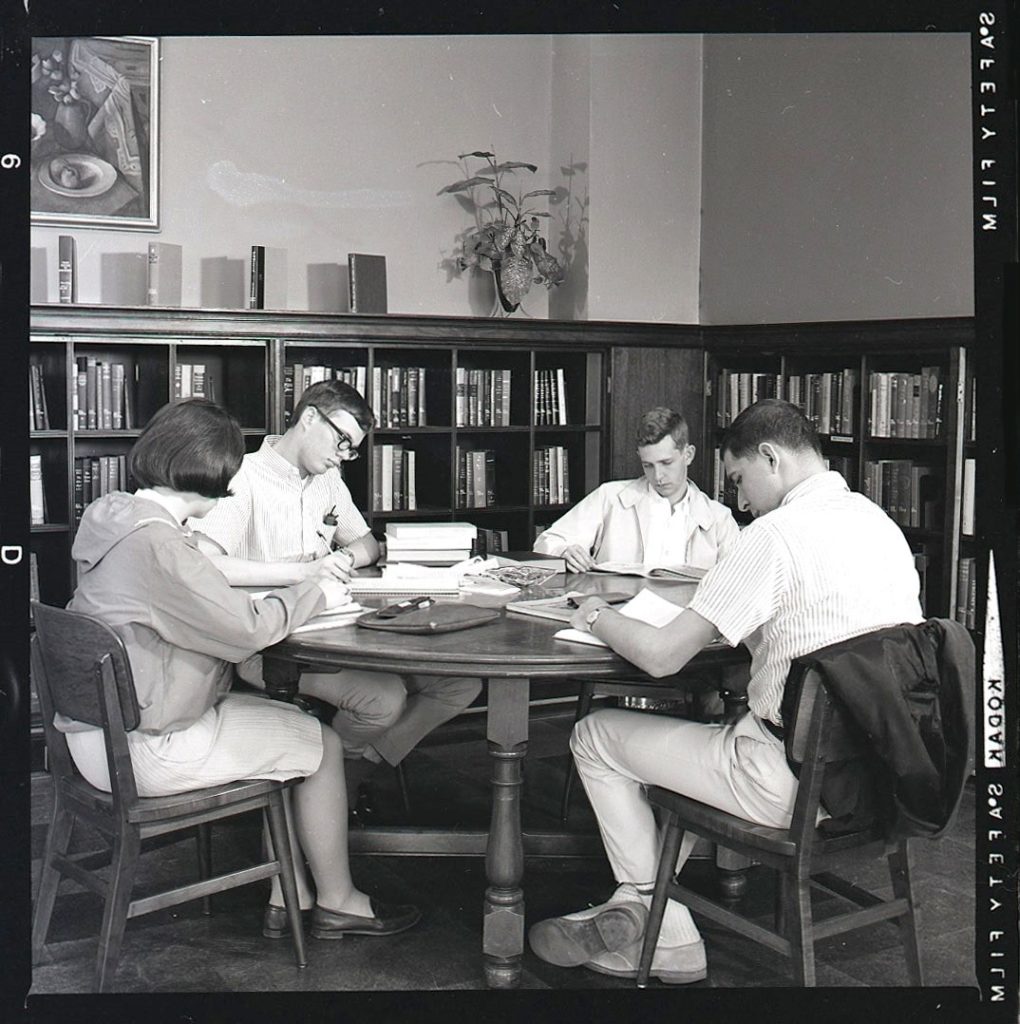 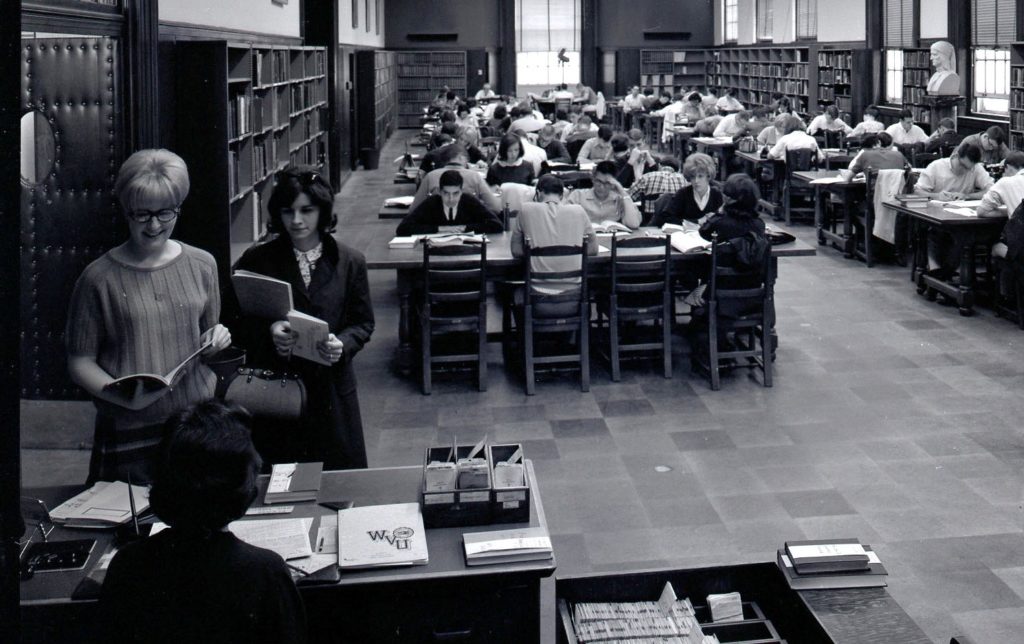 Reading room in Wise Library, March 1966.  The chairs and tables in evidence date back to the opening of Wise in 1931.  These furnishings are still in use to this day.  (Photograph from A&M 5188, West Virginia University, News Service, negative file 00352.) 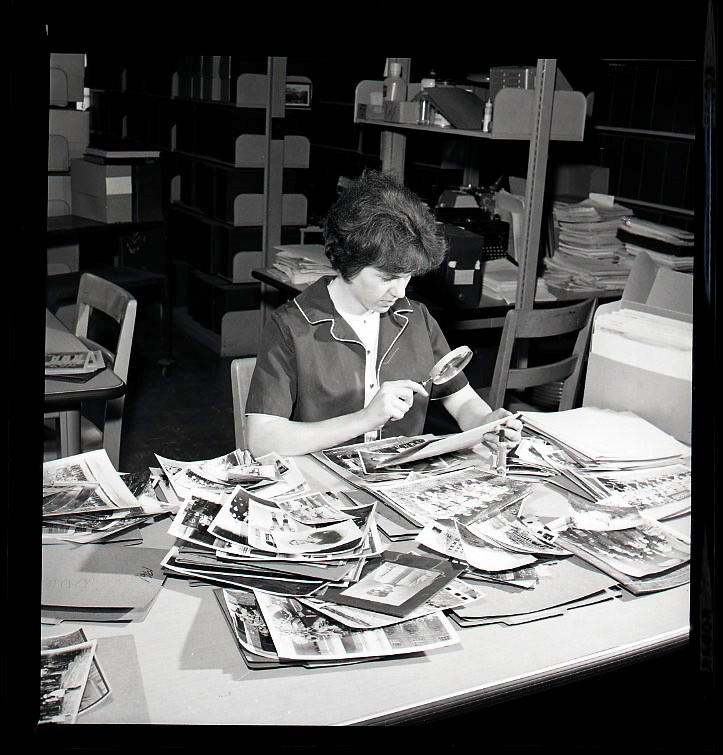 Librarian or student worker at the West Virginia and Regional History Center, Wise Library, May 1967.  Founded in 1930, the Center has now been in operation for almost 90 years.  Historical photographs like the ones this employee is working with can be viewed and researched today in the History Center’s online photograph catalog, West Virginia History OnView.  (Photograph from A&M 5188, West Virginia University, News Service, negative file 00483.)

For related web page, see:
Snapshots of WVU in the 1960s, Part 1, The Computer Center