I was not born in West Virginia, and as a non-native, sometimes I make mistakes.  One recent mistake was believing the internet when it told me that shoofly pie is West Virginia’s state dessert.  I thought that would be a good idea for a blog post, maybe comparing a few shoofly pie recipes and commenting on its history in relation to West Virginia.  Then, I learned that there is a wet-bottom and dry-bottom version of this pie—which was more popular in West Virginia, I wondered? So I started asking my coworkers, and learned one very important thing: almost none of the people in my department had shoofly pie before.  I resolved to make one, but I still needed to learn more about West Virginia desserts, and about shoofly pie.

West Virginia has no official state dessert that I’ve found.  In 2006, WV Delegate Armstead submitted a resolution to the House proposing that the sugar cookie be made the state cookie, but it looks like that resolution didn’t go anywhere.  Various sources on the internet have attempted to choose a dessert or pie for each of the fifty states, and West Virginia has ended up with shoofly pie, pawpaw pie, and gingerbread pie. 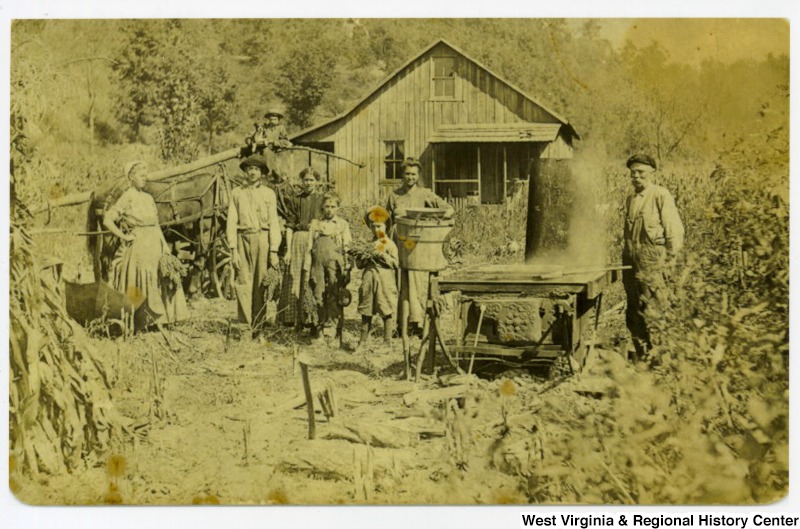 Even the origin of the pie’s name hasn’t been established with certainty.  According to one story, the pie got its name because leaving such a sweet treat to cool on a windowsill would attract flies that would need to be shooed away.  However, I’m pretty sure flies would be attracted to any pie in a windowsill regardless of the amount of molasses in it.  Also, I stumbled across a recipe for shoo-fly potatoes, which suggests that either the recipe writer meant shoestring and made a typo OR there is something more to this shoo-fly business than shooing flies.

One of my colleagues who’d had shoofly pie before actually has recipes for it, so I decided to try baking hers rather than one of the few I found in the WVRHC’s collection of cookbooks. I’ve copied the recipe below: 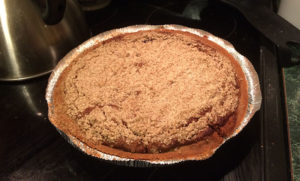 1 egg yolk [note that some recipes don’t call for egg–those might be more traditional, since I would assume that including egg made pie harder to preserve in the days before refrigerators]

Beat egg yolk in small bowl. Blend in molasses. Add water with soda dissolved in it. Set aside.

Combine dry ingredients with shortening, work into crumbs with fingers. Put liquid into uncooked pie shell and top with crumbs.

Provided I baked it correctly, this pie ought to have a bit of a soggy bottom, a layer of crumbles on top, and a delicious middle with a consistency somewhat reminiscent of pumpkin pie. 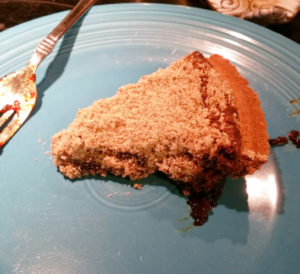 As an aside, if you try this out and realize how much you love molasses, the 49th WV Molasses Festival will be held on September 22-24 in Arnoldsburg, WV. 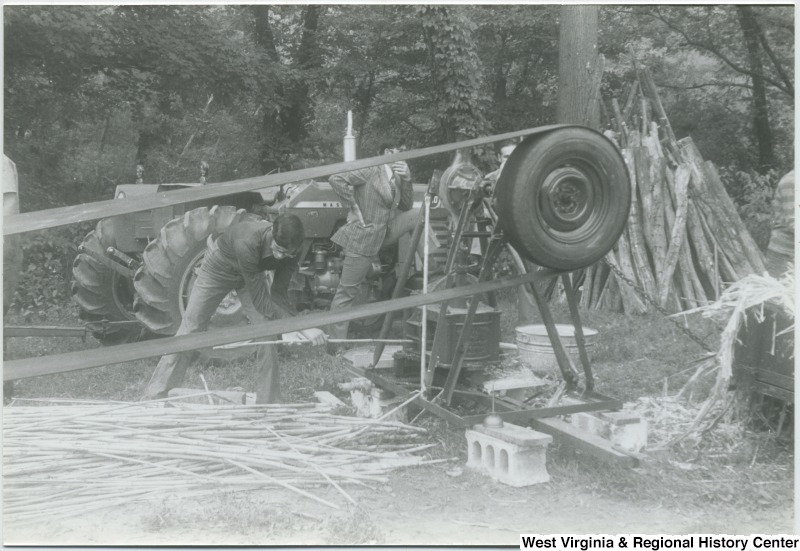