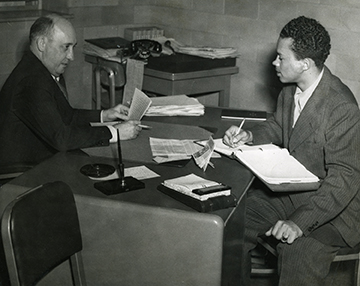 The West Virginia University Libraries’ West Virginia & Regional History Center will host a discussion on preserving the history of WVU’s first African-American graduates on October 3 at 4 p.m. in the WVRHC in the Downtown Campus Library. 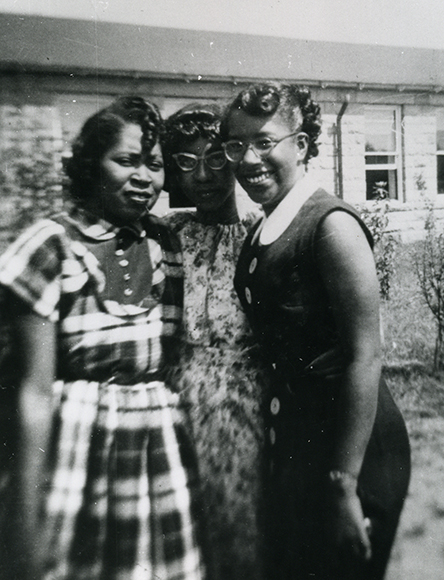 In 1957, Annette Broome (on the right) became the first known African-American woman to receive an undergraduate degree from WVU. She was the granddaughter of John Hunt. (L to R: Ruth Barnett, Lennie Wiley and Annette Chandler Broome)

In the informal tour and talk, Hostuttler will provide an overview of the objects and brief historical context, their significance to University community and beyond, and discuss the role of the archives in uncovering such hidden histories.

The event is presented in conjunction with  the 2017-18 Campus Read, Hidden Figures: The American Dream and the Untold Story of the Black Women Mathematicians Who Helped Win the Space Race, by Margot Lee Shetterly. The book chronicles the experiences of two West Virginia women, Dorothy Vaughan and Katherine Johnson. Johnson attended WVU for one semester as a graduate student in 1940.

“It’s exciting that items from the Center’s collections that were chosen to represent the rich history of WVU during our 150th anniversary are also relevant to this year’s Campus Read. Artifacts like these are what document and verify the stories of lives lived and events that took place,” said Karen Diaz, interim dean of Libraries.

The WVRHC, located on the 6th floor of the Downtown Campus Library, collects, preserves and provides public access to materials that show the history and culture of West Virginia and the central Appalachian region. For more information visit wvrhc.lib.wvu.edu.